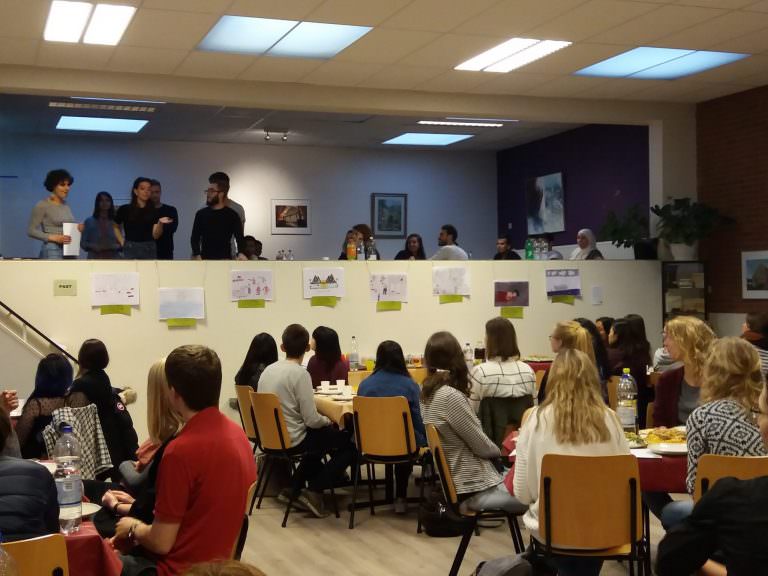 Pilot exhibition. Artwork by refugee children on display in the Netherlands

On the 24th of April 2017, the artworks made by refugee children of Eliniko camp were exhibited at an Amnesty International Syrian-refugee Dinner, serving as a test run for the main exhibition, which took place a week later at the Liberation Day festival. The aim of the Syrian Dinner was for guests to experience Syrian culture through typical regional food, cooked by Syrian refugees living in Groningen.

Collaborating with Amnesty International for this event enabled the artworks to reach an audience of almost one hundred people. The guests were able to engage with refugee testimonies through a combination of talks given by Syrian refugees, together with the Colours of a Journey exhibition, which was displayed around the hall.

On the 5th of May 2017, the exhibition was displayed at Stadspark as part of the annual Dutch Liberation Day Festival. This national event celebrates freedom from war and oppression and reflects upon freedom elsewhere in the world. 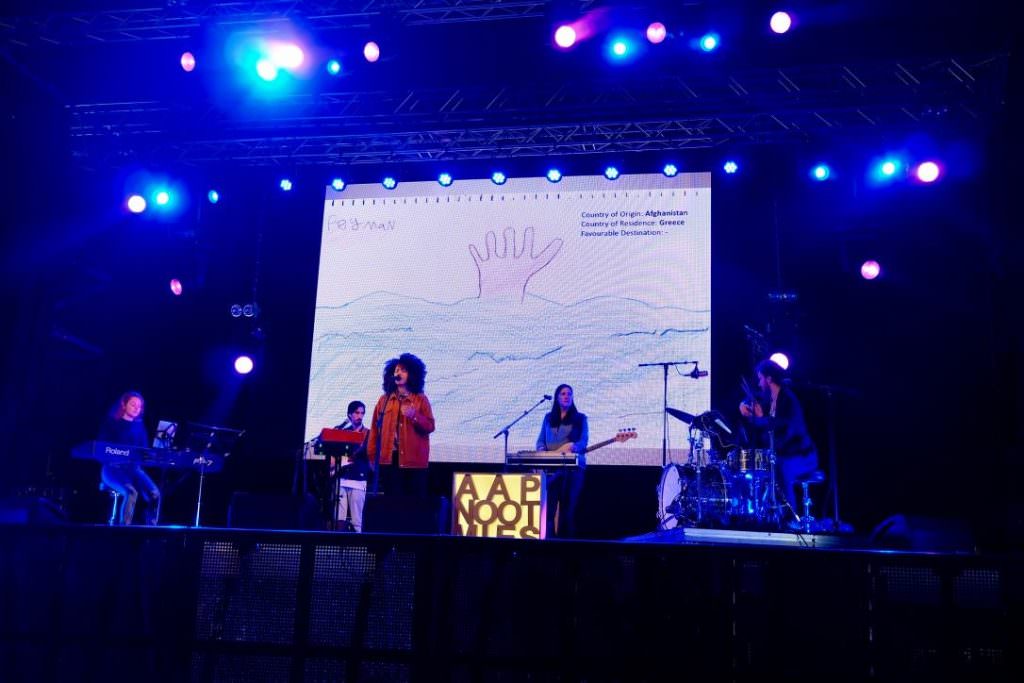 For this event, the drawings were projected digitally onto a large screen behind one of the festival stages. The artworks formed the backdrop for the performances of a Syrian Choir (New Life Groningen Choir) and a Dutch band (Aapnootmies), with an audience of more than 300 people. Throughout the event, group members went table to table, handing out explanatory flyers, explaining the project, promoting the website, and engaging the audience with the topic of the exhibition.

Awareness and understanding of the plight of refugees was raised throughout both events. In fact, audience engagement and interaction occurred spontaneously at both the dinner and during the Liberation Day concert, as guests were keen to discuss the pictures amongst themselves. Audience feedback, collected by the organizers, mainly pointed that the exhibition was engaging and moving, that the drawings caused shock and discomfort, and that the project was helpful for understanding the refugee children’s perspective.

Bellow you can check some of the pictures of both events and get some inspiration for future nomadic exhibitions!